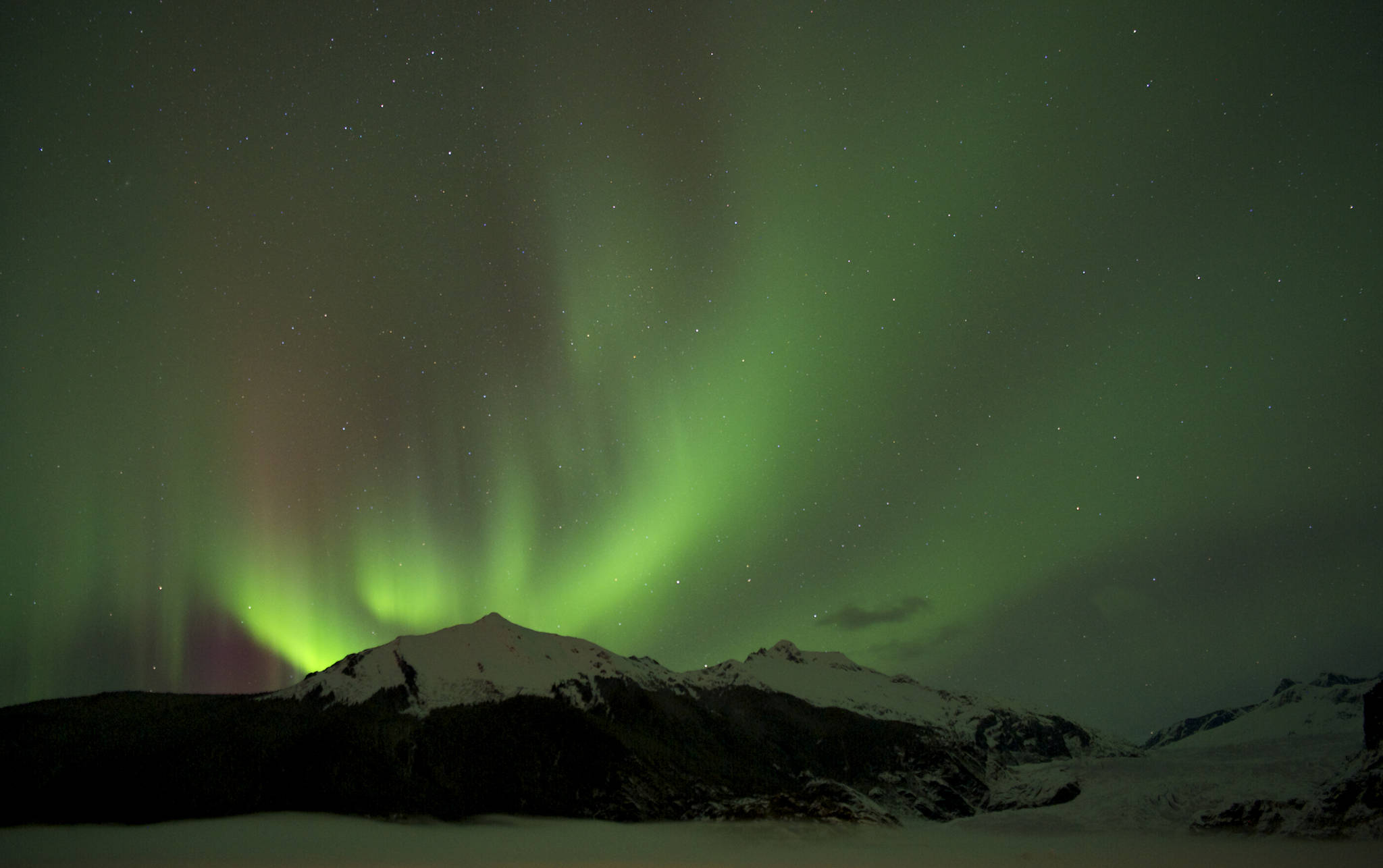 The Aurora Borealis glows over the Mendenhall Glacier in 2014. The forecast looks promising for Aurora activity this Saturday. (Michael Penn | Juneau Empire)

Major aurora activity is predicted for the night sky across Alaska this weekend, peaking Saturday night, according to the Geophysical Institute’s Aurora Forecast.

“The reason it’s gonna be big this weekend is there’s been a coronal mass ejection,” said Geophysical Institute public information officer Sue Mitchell. “There’s a hole in the sun’s magnetic field that allowed a lot of solar material to escape.”

The aurora is caused by those particles from the sun running into the earth’s magnetic field and interacting with the electrons there, Mitchell said. The reason the aurora is concentrated at the poles is due to the shape of the magnetosphere.

Mitchell said that the activity of the aurora is unlikely to affect anything besides creating interference for radios, but that’s not always been the case. A 1989 solar storm knocked out all power for the entire province of Quebec.

“Space weather can affect things like electrical grids,” Mitchell said. “There have been times when a really active aurora has blown transformers and damaged the power grid.”

Mitchell said Saturday’s aurora will be caused by a G2 geomagnetic storm, or a moderate strength storm. The storm that blacked out Quebec was a G5 strength storm, the strongest classification. Alaska is actually in better shape than the Lower 48 would be in the case of a major geomagnetic storm, Mitchell said, due to its many independent power grids rather than large interconnected grids.

The aurora will be most visible here between midnight and 3 a.m. on Saturday night/ Sunday morning. It will be most easily visible in areas far from artificial light. The storm may appear to dissipate, only to come back.