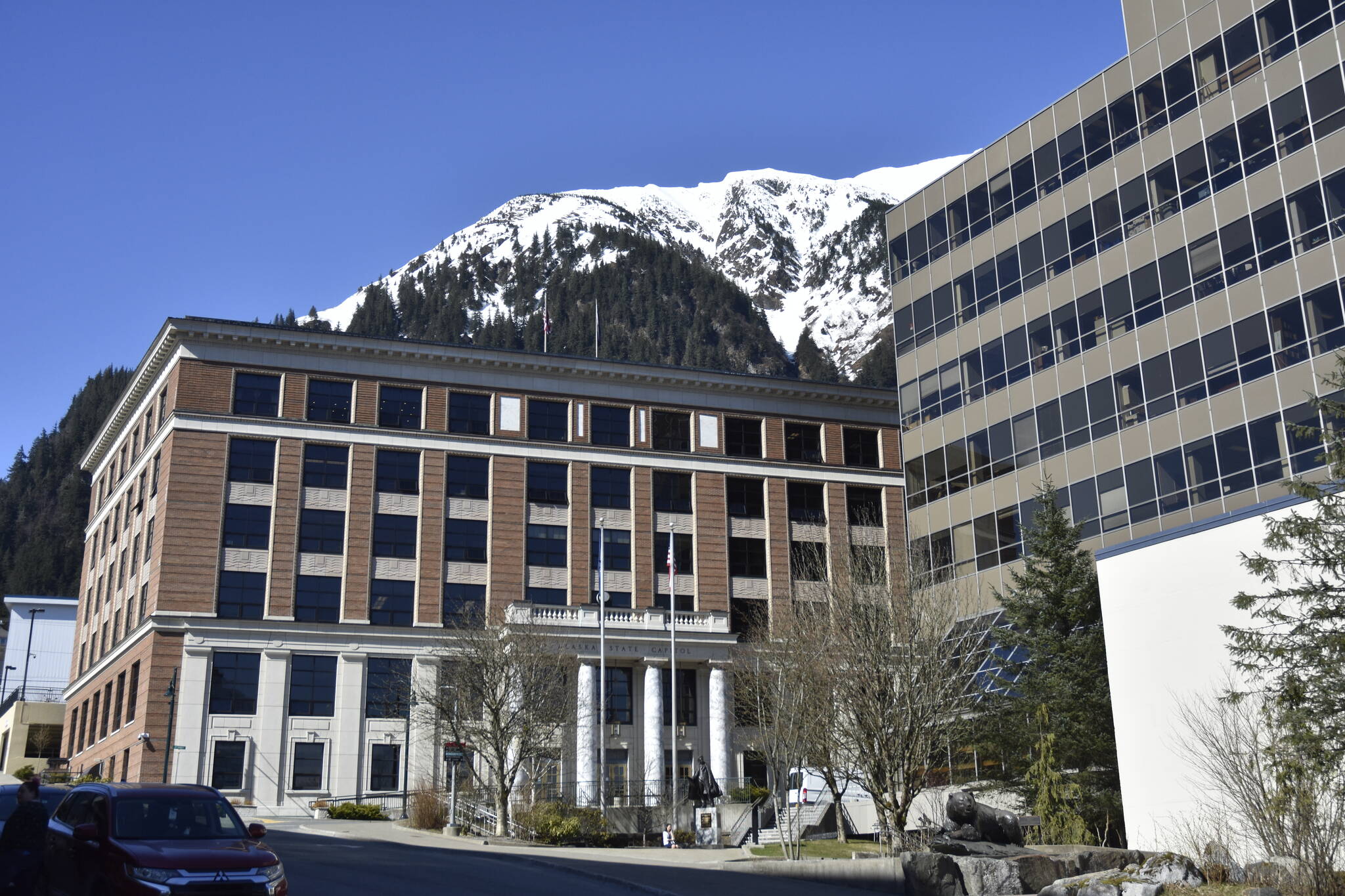 The Alaska House of Representatives passed a bill reducing sentences for and clearing records for marijuana possession on Wednesday, April 20, 2022, a day adopted as an unofficial holiday by cannabis users. The maker of the bill said the timing was not intended. (Peter Segall / Juneau Empire)

The Alaska House of Representatives passed a bill reducing penalties for underage consumption of marijuana and clearing past possession citations from court records on April 20, a day synonymous with cannabis use.

The bill’s sponsor, Rep. Jonathan Kreiss-Tomkins, D-Sitka, said on the floor the timing of the bill’s debate was not intentional.

“There’s been a wholesale societal shift in how we view these crimes,” Kreiss-Tomkins said. “This just makes sense.”

April 20, or 4/20, has been adopted as an unofficial holiday by cannabis users.

If signed into law the bill will reduce the penalty for underage possession of marijuana by legal adults, those 18-20, and remove certain marijuana-related convictions from Court View, the state’s public records system. Kreiss-Tomkins said the bill will lower the penalty for possession from a misdemeanor to a violation for legal adults who are under 21, the legal age of marijuana consumption. The bill now goes to the Senate.

The bill would also remove certain past marijuana convictions, even from when marijuana was not legal in the state, Kreiss-Tompkins said.

The bill passed 30-8, with some members of the Republican minority voicing concern with both the $300,000 per year for two years the record removal will cost and the fact that the state is now clearing criminal records for certain crimes, even though laws were being broken at the time.

Rep. Ben Carpenter, R-Nikiski, said the bill was “rewriting history” by removing records of only certain past crimes.

“That somebody was or was not following the law in the past, that’s important to an employer,” Carpenter said.

But several members of the Republican minority did vote for the bill. Rep. Mike Prax, R-North Pole, said he supported the bill because it reduced government interference and that those who have adequately paid their debt to society should be forgiven.

“(Marijuana possession) is considered a crime against society, it’s not a violation of another person’s rights,” Prax said. “I’m kind of generally against crimes against society.”

In a letter of support for the bill, American Civil Liberties Union of Alaska Advocacy Director Micahel Garvey said that Alaska Native people were 1.5 times as likely, and Black people twice as likely, to be arrested for marijuana possession relative to their share of the state’s population.

“Despite an increasing number of states legalizing or decriminalizing marijuana, Black people are nearly four times more likely to be arrested for marijuana possession,” Garvey said. “Given well-documented patterns of disparate enforcement of marijuana laws, legalization marked an important breakthrough for fairness and equality.”

Convictions would still be viewable by employers under certain kinds of background checks, Kreiss-Tompkins said, and lessening penalties would free up law enforcement work hours, as officers will not have to process paperwork for minor possession crimes.

The vote board for the Alaska House of Representatives on April 20, 2022 - a day commonly associated with cannabis use - on a vote regarding marijuana conviction records. (screenshot)

Less than a month

Both bodies of the Alaska State Legislature are having floor sessions this week packed with bills as lawmakers try to finish work by the constitutional end of session on May 18.

The Legislature has still not yet settled on an amount for a dividend, and the failure to adhere to a consistent formula for the payment has been a consistent criticism from a number of lawmakers from both parties. Several formulas have been suggested for this year’s payment using a portion of the state’s annual percent of market value drawn from the Alaska Permanent Fund.

Projections from the Legislative Finance Division show the state running up deficits within the next few years without further reductions or increased revenues. State coffers have been bolstered by the high price of oil and federal relief money but lawmakers’ inability to agree on a formula for the dividend has caused deep divisions in the Legislature.

On Wednesday, Senate Finance Committee Co-Chair Click Bishop, R-Fairbanks, said he hoped the Legislature would finigh by the 118th legislative day, Sunday, May 18.

We’ll move at the same speed we’ve always moved,” Bishop told the Empire in an interview Wednesday. “We’re not wanting to be here on day 121.”

The House passed the state’s operating budget but the Senate has yet to pass a capital budget, and both those bills still need to go through the opposite body. Lawmakers are constitutionally required to pass a budget before the start of the state’s fiscal year, July 1. Last year the Legislature went through several special sessions before a final budget was passed, but this year is an election year and lawmakers can’t campaign while the body is in session.