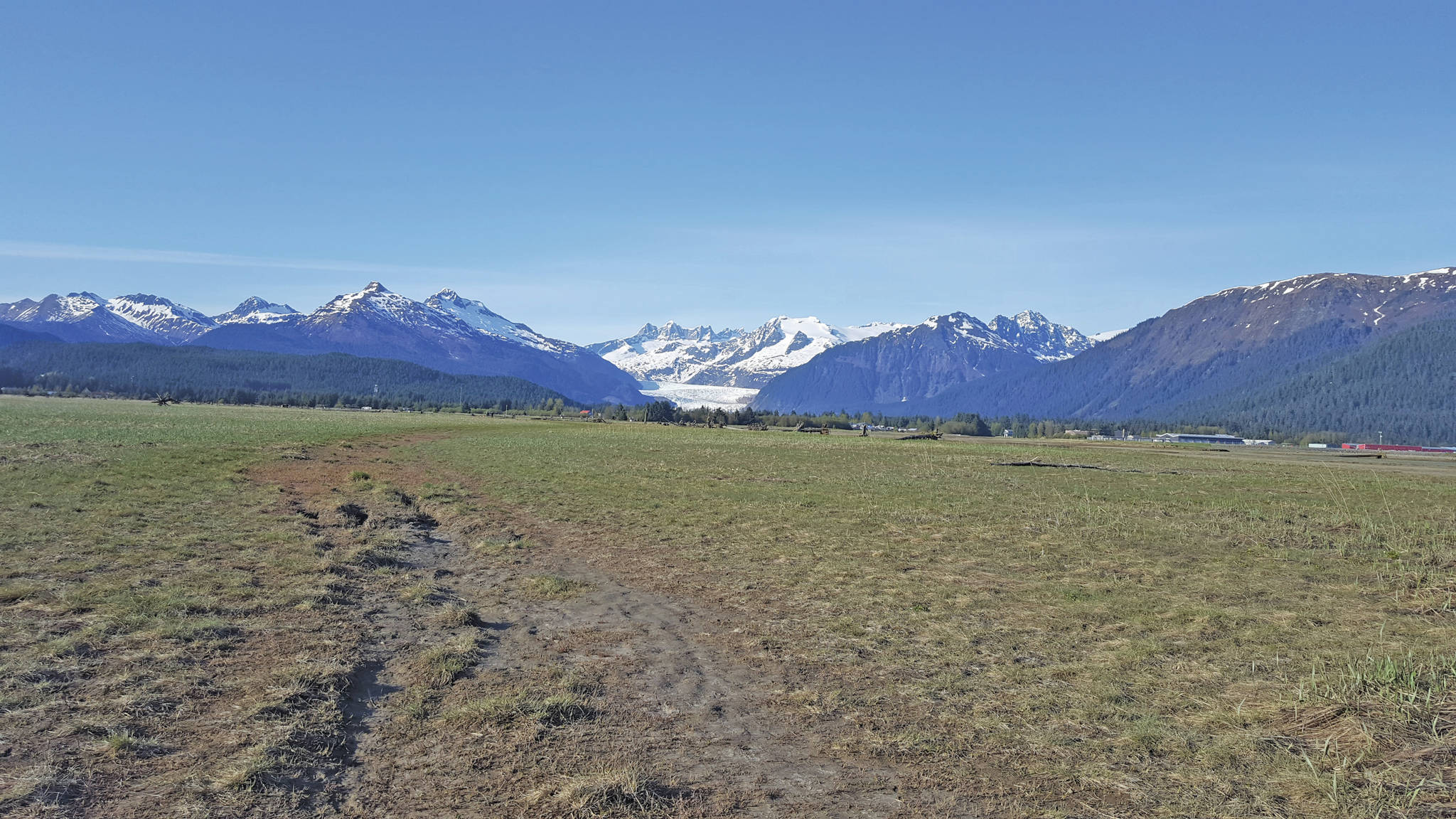 The wetlands near the Juneau International Airport, facing the Mendenhall Glacier. Photo courtesy of Clara Miller.

This July 18 issue will be my last working for the Capital City Weekly.

I’ve found working at my local newspaper has made me see my hometown in a new way. There are so many people I might have never met, stories heard, events attended, places visited, or knowledge gained if it wasn’t for my three years here. I will always be grateful for these experiences.

I started at the Juneau Empire in the summer of 2015, fresh out of college. I assisted the editor at the time, Charles Westmoreland, by performing news clerking duties as I learned about the world of newspapers from him. In the spring of 2016, I became the Neighbors editor, deciding upon content that would go in the Sunday section, coordinating the columnists and the occasional freelancer, and writing feature articles. In the fall, I took on the staff writer position for the Capital City Weekly.

The Capital City Weekly covers arts, culture and community happenings in Southeast Alaska, subjects which had interested me for a long time, so I found the position to be a wonderful fit. Mary Catharine Martin, editor at the time, was a thoughtful mentor from whom I learned a great deal.

For my first trip, she sent me to Skagway to cover yuletide festivities and look at the new exhibits opening for the Klondike Gold Rush Historical Park. Winter in Skagway is different than what tourists see in the summer, but just as welcoming. Downtown was quiet with the tourist shops closed, only the occasional person tromping through the dusk and slush, but the streets soon brightened with families lining the streets to see Santa drive in on a fire engine and flip the light switch on the town’s Christmas tree. Many swung by to see the new exhibits at the park afterward, too. From personal experience, I can say Skagway is a great place to accidentally get snowed in for an extra day.

I also visited Haines to learn about the improvements on the American Bald Eagle Foundation’s raptor center, and Sitka, to cover the Sitka Jazz Festival as well as the city’s first legal pot shop Weed Dudes.

As staff writer, one of the best parts of the job was seeing the positive effect words could bring. One instance that comes to mind is an early article I wrote on the Kake Community Library. For 16 years it had remained closed, but due to the determined efforts of volunteers, the doors reopened. During an interview, a volunteer informed me some books in the collection were damaged and the most recently printed books were almost two decades old. That information went into the article with details on how to send in books if readers wished. At the time I figured a few people would decide to send in few newer books they no longer wanted. I was wrong. Months later that same volunteer wrote to tell me that after the article went out, boxes of books from around Southeast started arriving at the library to replenish the shelves — about 500 books total. This is only one of many times I’ve gotten to witness Southeast’s generosity but they are all memorable.

In May of 2017, my editor left for five months to research a book she was writing, leaving me as interim editor until her return. When she left permanently in March 2018, I became the editor. Many parts of the job would bring a smile to my face, like seeing what beautiful and artistic photos would be submitted to Art in Unusual Places, or working with poets and writers on creative pieces for Writers’ Weir. Also, there’s nothing quite like holding a week’s effort fresh off the press.

I’m going to miss the Capital City Weekly but have decided it’s time to move on to new things. I don’t know what the future holds for me, but I’m excited to see where I’ll be five years from now. Five years ago, I certainly wouldn’t have expected that I would write for or even one day edit the publication I used to flip through as a child.

To all of you, thank you for sharing your stories with me and reading the Capital City Weekly.

• Clara Miller is the editor of the Capital City Weekly. Her last day with the paper was Tuesday, July 17. Looking to reach the CCW? Email editor@capweekly.com.